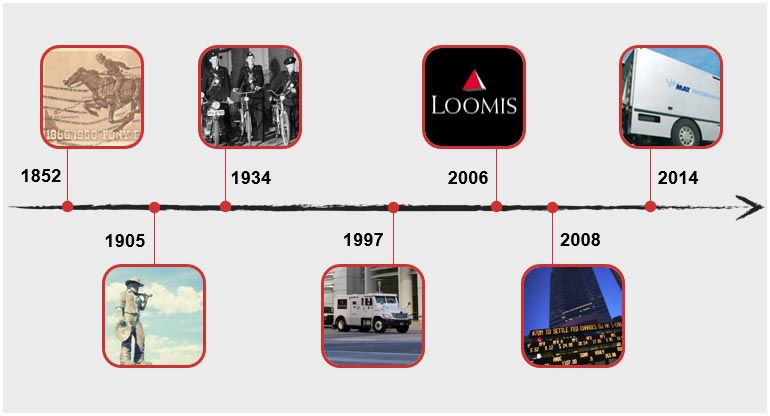 1925
The Loomis Armored Car Service is formed and is the first to use an armored vehicle to transport cash. The company expands for many years in Western USA and Canada.

1972
All companies owned by Erik Philip-Sorensen are united under the brand Securitas.

2008
On December 09, Loomis is listed on Nasdaq Stockholm.

2011 – 2012
Loomis acquires Pendum in the USA and becomes the US market leader. Loomis expands into South America through the acquisition of the Argentine company Vigencia.

2014
Loomis acquires VIA MAT and expands its service offering to include international valuables logistics. The acquisition also makes Loomis the market leader in this segment in the Swiss market.

2015
Loomis acquires the Global Logistics operations from Dunbar Armored, Inc., enabling Loomis to expand its services in the U.S. by adding domestic and overnight services to the existing international service line of business. 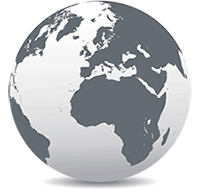